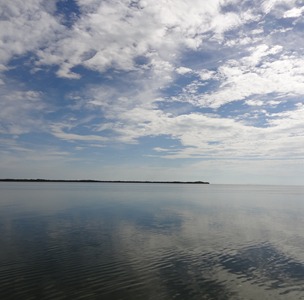 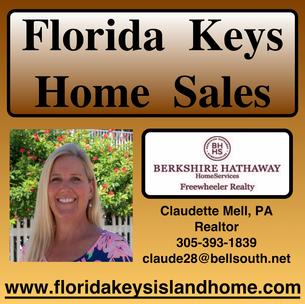 Florida Bay, the largest body of water within the Florida Everglades National Park, contains over 800 square miles of marine bottom, much of which is covered by submerged vegetation. Sea grass and algae provide shelter and sustenance to numerous marine organisms in the Florida Everglades Park, which in turn sustain the food chain that supports all higher vertebrates in the bay. The hard bottom areas of the bay are home to corals and sponges, and lure Florida Everglades Park Fishing Anglers from around the world to try their luck with rod and reel. In fact, a wide variety of commercial and recreational important fish, crustaceans, and mollusks thrive within the estuarine environments of the Florida Everglades. The continued health of these marine environments is important in sustaining productive fisheries outside park boundaries. (From the NPS.gov website)

TWELVE FACTS ABOUT THE FLORIDA EVERGLADES

1. The Florida Everglades comprise the largest wetlands located in the lower 48 states in the U.S.A.

2. While it is often described as a swamp or forested wetland, the Florida Everglades is actually a very slow-moving river.

4. Native Americans living in and around the river called it Pahayokee (pah-HIGH-oh-geh), the "grassy waters."

5. Birds were so plentiful in the Florida Everglades that it was said they “darkened the sky” when they took flight.

6. America’s Everglades are home to 67 threatened or endangered species. 7. Just months after Florida became a state in 1845, the legislature took the first steps that would lead to draining the Everglades.

8. Periphyton, the mossy golden-brown substance that is found floating in bodies of water throughout the Everglades, is the dominant life form in the River of Grass ecosystem.

9. The Everglades is the only place in the world where the American Alligator and the American Crocodile co-exist in the wild.

10. Mosquitoes play a vitally important link in the Florida Everglades food chain. The larvae of grown mosquitoes provide food for a variety of native fish that are critical to the diet of wading birds.

11. The Everglades is a World Heritage Site and an International Biosphere Reserve.

12. The ubiquitous grassy plants known as saw grass (a sedge), feature serrated, razor-edged blades of grass that are so sharp, they have been known to cut through clothing. On 30 May 1934, an Act was passed authorizing a park to be acquired through public donations. The Florida Everglades National Park was to be "...wilderness, (where) no development ... or plan for the entertainment of visitors shall be undertaken which will interfere with the preservation intact of the unique flora and fauna of historic values the essential primitive natural conditions now prevailing in this area." This mandate to preserve wilderness and its biota is one of the strongest in the legislative history of the National Park System. Thirteen years later, through a combination of federal, state and private lands, a vast wetland teeming with life were dedicated as a national park. The Florida Everglades was the first national park preserved primarily for its abundance and variety of life.

Snook - The local Everglades backcountry fishing offers some excellent Snook fishing. The average size is 5 to 9 pounds and 24-34 inches. You will find them around bridges, mangroves, pilings just about any structure. They eat Mullet, Shrimp, Pilchards, Pinfish and a multitude of artificial lures or combinations of live and dead bait.

Redfish - Everglades Redfish love the warm waters of south Florida, the oyster beds, mangroves, and grassy flats are their regular haunts. They are prolific, and definitely not timid when it comes to eating - Which makes them a great sport fish for light tackle and fly-fishing. Redfish are often seen "tailing" (very similar to bonefish) on the shallow flats as they feed.

Seatrout - Everglades Seatrout are frequently targeted from December to April. When fishing for them you can use the old standby a popping cork rig with a shrimp or artificial hanging below the cork. Remember Pop the cork Sea Trout come to the gurgling sound the cork makes.Sea Trout are found over grassy bottom and in the"muds" that is muddy areas where the bait is routing in the bottom stirring up shrimp and small fishes.